“Stabilizes in space the fixation point of the eyes when the head moves, providing a stable image”. Your Vestibulo-Oculoar reflex (VOR) stabilizes your environment

A comprehensive evaluation is performed on each patient when he or she enters the program to determine the specific nature of the vestibular dysfunction. An individualized treatment plan is then developed.

We complete a very detailed advanced examination, including a host of sensitive tests (including VNG, computerized balance testing, detailed neurological exam, vestibular exam, and more) that we use to quantify, and objectively evaluate a patient with a vestibular disorder. These tests are used to access a peripheral, central or neurological problem

Individuals that are suffering from a vestibular disorder will most likely complain of some type of symptom related to vertigo, dizziness, migraines, blurry vision, light sensitivity-photophobia, eye fatigue, sound sensitivity, double vision, reading difficulties, etc. This is not a problem with vision but the areas of the brain that control the stability and integration of the  vestibulo-ocular reflex (VOR).  Stabilizing your environment as you have a head movement.

The vestibular system is a sensory system whose purpose is to:

It’s responsible for balance and also has a clear role in motor learning. The cerebellum does not abolish movements, speech or vision – it makes them slow, inaccurate, rough and variable. The cerebellum compensates for different loads and muscle lengths, improves movement accuracy and smoothness, and an intact cerebellum is a ‘prerequisite’ for optimal ocular motor function.

Patients are often treated with a ‘sit-and-wait’ approach; meaning it’s only after signs and symptoms have manifested and worsened that people often seek care. Early intervention is critical as is the case with most disorders. The longer someone’s brain is adapting to negative changes incurred as a result of a vestibular disorder, the longer it will take to rehabilitate their way out of it. The basis of a vestibular rehab program is to use the already existing neural pathway mechanisms for adaptation, plasticity, and compensation in the human brain. Individualized rehab programs will be prescribed to take advantage of this plasticity of the brain.

There are numerous types and causes of vestibular based problems; head injury by far is the most common and is often related to motor vehicle accidents and contact sports. If left untreated, many vestibular patients can suffer devastating and debilitating consequences such as vertigo, dizziness, balance problems, cognitive dysfunction, emotional disorders, headaches, muscle tone imbalances, autonomic dysfunction and much more. 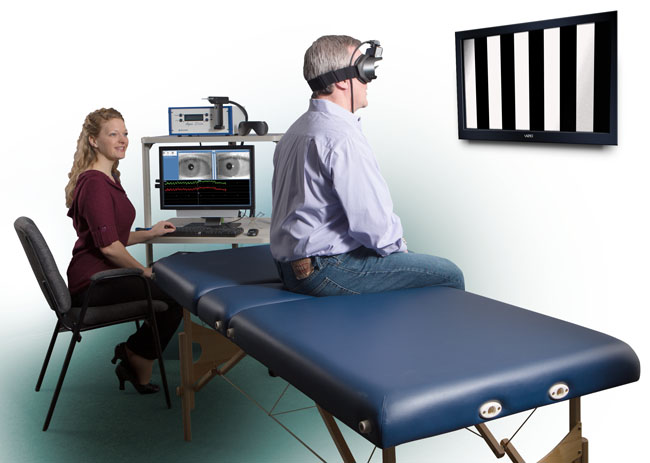 We rehabilitate a wide range of conditions that can result in vertigo, dizziness and imbalance—including, but not limited to: